By ArchinformantJuly 22, 2022No Comments2 Mins Read

Only 378,639 of the 1,761,338 candidates who took the 2022 Unified Tertiary Matriculation Examinations achieved a score of 200 or higher, according to JAMB. This was disclosed by the Registrar during the 2022 JAMB Policy meeting.

The cut-off scores for the 2022–2023 admission cycle are released by JAMB, who also reveals the top scorers from the 2022 UTME. This information was presented during today’s JAMB policy meeting. The choice was made following a contentious meeting that included representatives from the National Universities Commission, the Ministry of Education, the National Board for Technical Education, and others. 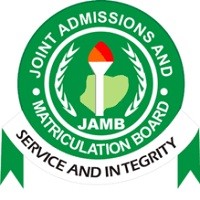 The national minimum cutoff point for admission to public universities was set at 140. For polytechnics and colleges of education, 100 was chosen.

The JAMB Registrar, Prof. Ishaq Oloyede, noted that while the aforementioned principles are the minimum, colleges are not required to fully adhere to them.

Institutions are free to choose their own cut-off point, but they must not go below the level decided upon at the policy conference, he said. Adebayo Eyimofe, an indigene of Ekiti State, scored 362 out of a possible 360 in the 2022 Unified Tertiary Matriculation Examination, he also said.

Ugwu Chikelu, an Enugu state native who also took his UTME in Abuja, came in second place. Ugwu scored a 359.